As the GP shortage escalates, appointment supply continues to be restricted in many areas of the country.

For many years now, GP leaders have been warning of a building crisis due to the chronic shortage of GPs. As the result, the essential flow of appointments upon which the country depends has been severely disrupted.

GP leaders say that the chronic appointment supply problem has been brought about by the systematic government failure to deliver GPs as promised, failure to invest in training GPs and in GP practices and possibly Brexit and COVID-19 also being to blame.

Panic booking of appointments by a frantic general public, more so since the pandemic, has dramatically increased the appointment shortage. As precious appointment supplies continued to dwindle, the sense of urgency was fuelled by inflammatory comments made by the Prime Minister and the Health Secretary supporting various media outlets, which stated that it was the public’s right to book as many GP appointments as possible, preferably face-to-face, whenever they liked, for whatever they liked, whether we were in a global pandemic or not.

Shortly after these statements were made, long queues formed outside GP practices as patients rushed to book last remaining supplies of appointments. Even remote deliveries of appointments were severely affected in some areas, with reports that some patients had to ring many hundreds of times just to obtain one precious appointment.

Staff at some GP practices were facing abuse from angry patients as they finally managed to get through to the front desk only to find the supply of appointments had completely dried up. Scenes of desperation broke out in GP surgery waiting rooms nationwide as some patients were clearly hoarding multiple appointments or topping up with appointments almost every day, leaving little left over for other vulnerable patients who really needed only one to keep them going.

One practice manager reported, “It’s completely mad here, never seen anything like it, we have no appointments left at all, and just don’t know when we can get more GPs in to drop off some more appointments, given that we already have a couple off sick at the moment and can’t get any locums.”

One patient, who wished to remain anonymous, said, “It’s like a third world country here, we’re meant to have this brilliant health service, which we all love, but it seems we just can’t get the GPs we need, to deliver us the appointments we want, I mean, we have fewer GPs than most of Europe, what’s that about?”

Meanwhile reckless commentary in certain tabloids reported that GPs themselves were obviously to blame for there not being enough GPs, and that such problems could be solved by simply making these fewer GPs work longer hours and for less pay.

A spokesperson for the Royal College of GPs said, “We have a desperate situation, with fewer and fewer GPs, dealing with more and more patients and working harder than ever before under massively trying circumstances. All we hear from government are hollow promises, which it has made before and which it continues to do so now, quite unashamedly.”

The British Medical Association (BMA) said, “Ultimately, the chronic shortage of GPs has been due to the government’s single-handed and complete lack of interest and investment in the infrastructure that would allow GPs to deliver much-needed appointments, that would value and support current GPs and that would encourage more doctors to become future GPs.”

The BMA continued, “As we don’t imagine this attitude changing any time soon, we don’t see appointment supply improving now or in the near future and to be honest with you, it’s actually easier to get a full tank of petrol than it is to get a GP appointment these days.”

IS IT REALLY YOUR GP’S FAULT? 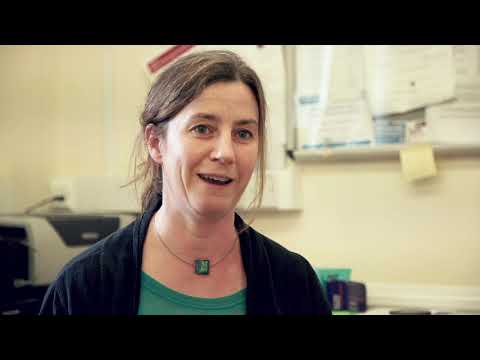 “GPs in crisis” (3:13), Intelligent Health
The above heartfelt video was made by real GPs and their staff in a bid to provide some balance to the utterly demoralising and distressed messages directed against GPs from a hostile media and government

There is a huge amount of negative press out there bashing GPs left right and centre, spewed out on an almost daily basis. It’s extremely easy to find. We’re not going to link to it. Instead, we provide some more measured articles that do actually attempt to provide a bit more balanced reporting.